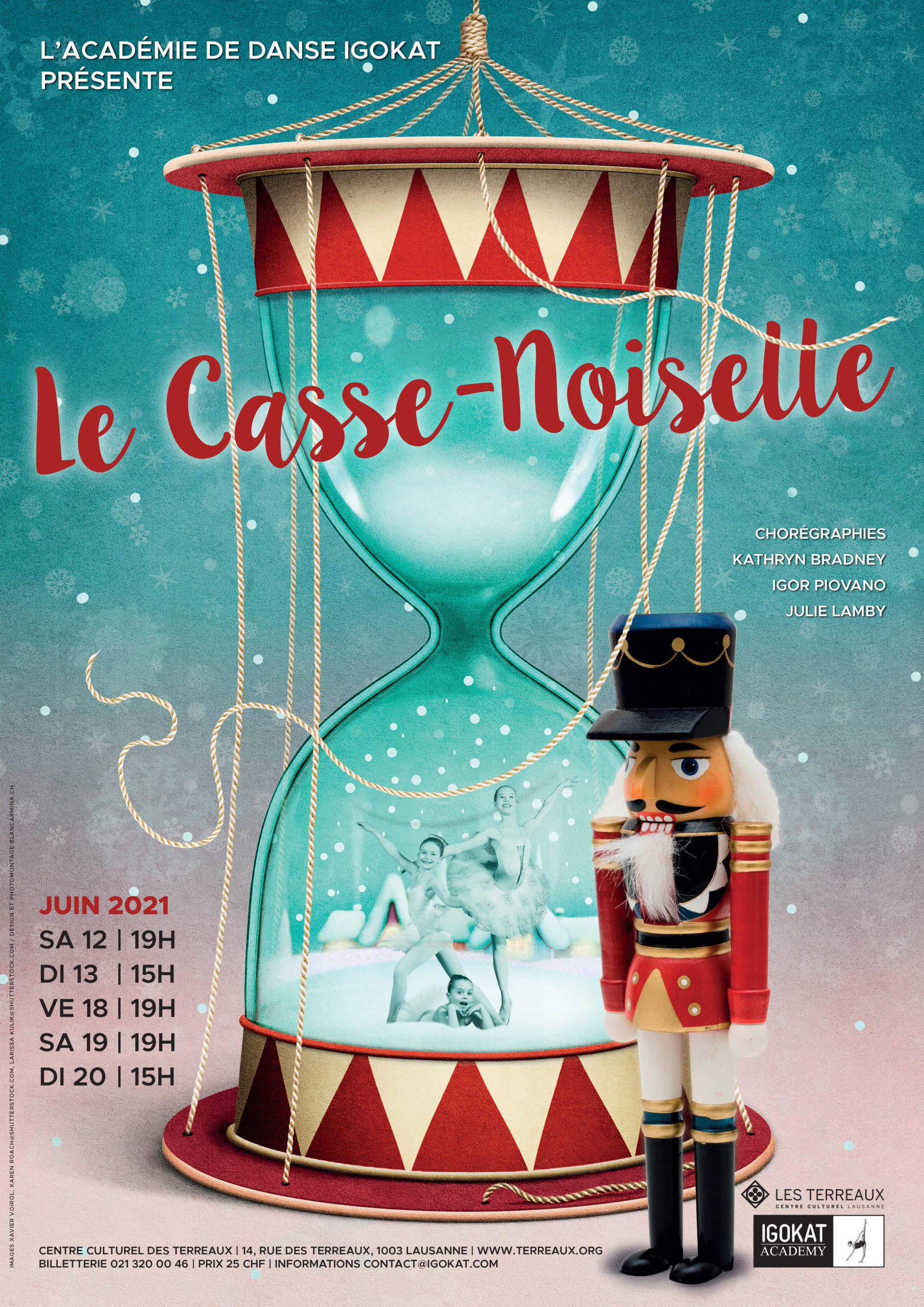 The Nutcracker, a ballet presented in two acts, tells the story of Clara, a young girl who, on Christmas Eve, receives a wooden nutcracker.
Her gift turns into a prince and after fighting the Mouse King transports Clara to a fantasy kingdom.

On Christmas Eve, Clara, her brother Fritz, her mom and her aunt are getting ready to welcome their family and friends for a big party.
Among the guests is the magician Drosselmeyer.
She is quite a mysterious and important character in the evening because without her there would be no presents to put under the majestic Christmas tree!

The guests are enjoying themselves, the children are dancing and so are the parents.
The moment to hand out the presents finally arrives, and Drosselmeyer performs magic tricks to grab the attention of the guests.
She then gives Clara a wooden nutcracker! Happy, the young girl dances with him, except that her brother Fritz is jealous and tries to steal the wonderful gift from her.

The Christmas Eve party draws to a close and the guests leave one by one.
Clara is tired and goes to bed, her nutcracker in her arms.
Suddenly she sees scary mice and is frightened.
The Christmas tree grows, and the nutcracker comes to life: the mice attack it, but soldiers appear who will fight them and their king.
Finally, the Nutcracker kills the Mouse King and the battle ends.

At the end of the first act, Clara, her mom and her aunt find themselves surrounded by a whirlwind of snowflakes.
In the second act, Clara wakes up, as if nothing had happened, with her nutcracker in her hands …
Illusion or fantasy?
Let’s go for the fantastic, as Clara did, because otherwise we risk never knowing of the wonderful kingdom of sweets!

Clara discovers the realm of sweets and meets several characters there.
She is invited to enjoy a feast of flavors, dances and cultures.

And Clara’s journey ends with a big party.

Of course, all good things come to an end …

The Nutcracker ballet is an ode to imagination, magic and fantasy, in an atmosphere of love, and is a joyous gathering for the young and old.

This work invites us to admire the snowflakes, to dance with Clara and her nutcracker, and to be part of the realm of sweets!