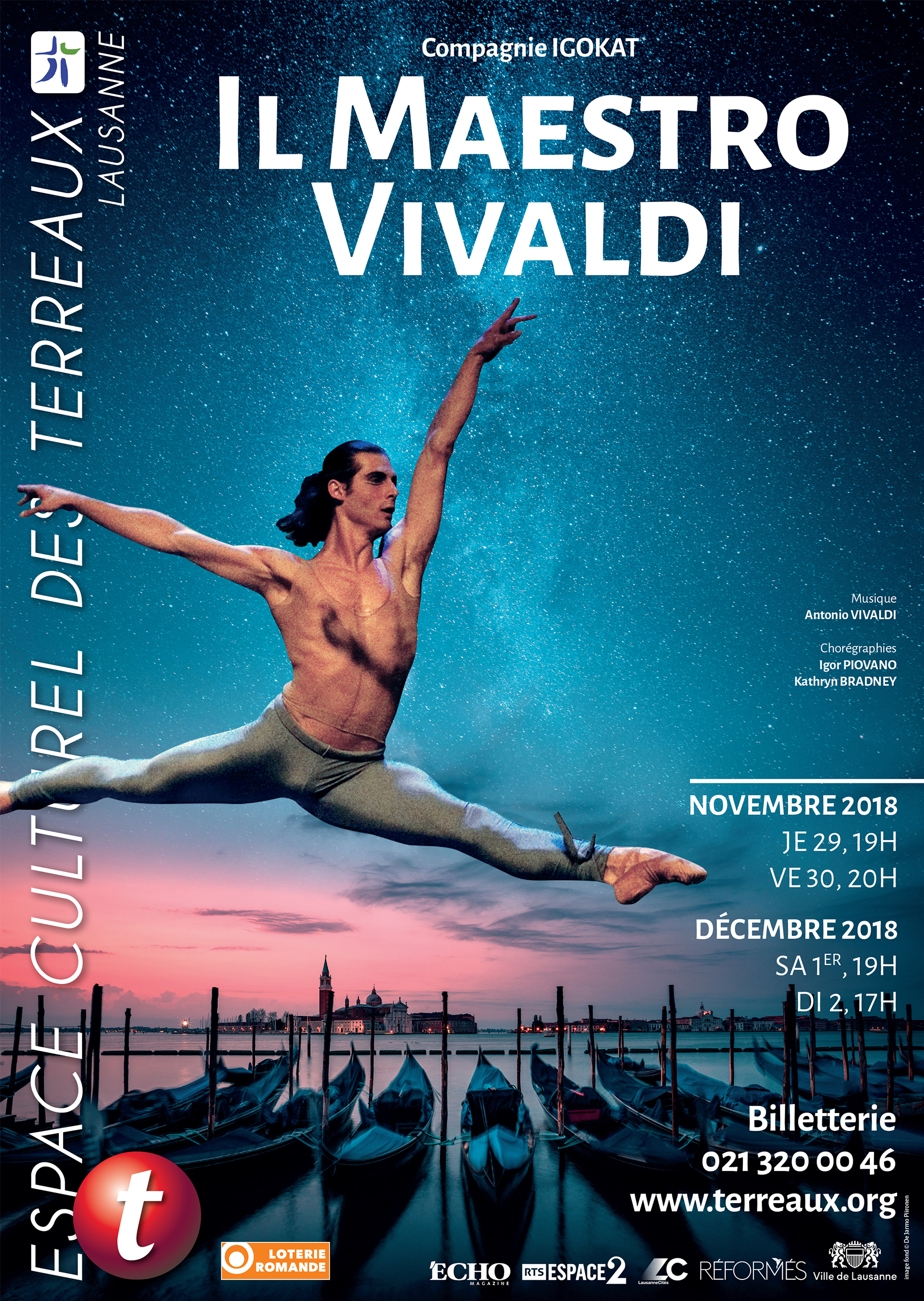 Antonio Lucio Vivaldi was born in Venice on Friday, March 4, 1678, when there was also a terrible earthquake that certainly affected the health of young Antonio. Indeed, it is said that the delivery was laborious and that the stress due to the earthquake would have weakened the health of the child, who according to various sources, would have suffered, throughout his life, from a form of asthma.

Giovanni Battista Vivaldi, father of Antonio, intends his eldest to the priesthood. Antonio, from an early age, thus became familiar with the Venetian ecclesiastical world both from a religious and musical point of view. Antonio was ordained a priest of the Catholic Church at the age of 25. Thanks to his fragile health, which prevented him from saying mass without taking several breaks, Vivaldi obtained temporary authorizations from the Church to devote himself only to music and creation. His Venetian blond hair also made him known in Venice by the nickname of prete rosso, “red priest” in Italian.

Tableau 1 : A. Vivaldi – Opus I, Trio Sonata La Follia, 1705.
A priest among others already presenting particularities.

Tableau 2 : A. Vivaldi – Opus II, 1707.
The scene takes place during a party given by Prince Ercolani, Ambassador to Venice of His Majesty the Emperor of Austria. Antonio takes part in a musical contest which opposes him to another violinist priest, Don Giovanni Rueta, a musician unknown today but who was one of the proteges of the Emperor himself. The honor of such a contest could only be granted to a musician enjoying great consideration.

Tableau 3 : J.-S. Bach – Concertos pour 4 clavecins, 1730-1733.
The 3rd tableau is influenced by Opus III, known as the estro armonico.
This collection includes 12 violin concertos that will inspire Jean-Sébastien Bach, among others. Although contemporaries, Bach and Vivaldi never met. However, Bach, very enthusiastic and impressed by the works of his Italian colleague, especially by the estro armonico, will transcribe some of them for the harpsichord and for the organ.
Bach will thus synthesize in part of his work the Italian influences of the time and will contribute to the conservation of part of the works of Vivaldi.

Tableau 4 : A. Vivaldi – Opéra “Cessate, omai cessate”, 1720-1724.
This painting illustrates the dizzying Venice of the great festivals which seems unwilling to realize the political decline that is taking place under its windows. It is a period during which the artistic flowering and madness of opera are at their peak.
Vivaldi’s whimsical personality and the ambiguous character of his female entourage give a hint of scandal.

Tableau 5 : A. Vivaldi – Opus IV, concerto in D minor – La Stravaganza, 1714-1715. Amsterdam, 1716.
The context is given by the edition of Opus IV also titled La Stravaganza.
This collection of 12 violin concertos is dedicated to a young Venetian nobleman, Vettor Dolfin, who was also a pupil of Vivaldi. With this work, Vivaldi definitively fixed the form of the solo concerto in three movements: Allegro – Adagio – Allegro.

Tableau 6 : A. Vivaldi – Oratorio, Juditha triumphans devicta Holofernis barbarie, 1716.
The only oratorio that has come down to us, of the four composed by Vivaldi, is highlighted in this 6th tableau. Juditha triumphans devicta Holofernis barbarie, a work composed following the victory of the Venetian army over the Turks in July 1716, is an allegory that opposes Christianity and Venice, personified by Judith, to Turkish power, represented by Holofernes, a general sent to campaign by Nebuchadnezzar II.
This work is inspired by the Book of Judith, the deuterocanonical book of the Bible.

Tableau 7 : A. Vivaldi – « Tito Manlio », 1719.
This painting is animated by the vanity, even the boastfulness, of Maestro Vivaldi who carefully maintains the legend of his speed of composition; he notes on the manuscript of the opera Tito Manlio “music made by Vivaldi in five days”.
Vanity, self-centeredness, and exaggeration are often double-edged swords. Il teatro alla moda. This satirical pamphlet, dated 1720, criticizes all facets of Italian opera of the time.
On the cover is a caricature of three figures on a gondola. At the bow we distinguish a bear in a wig which corresponds to the impresario Orsatto, seated on his provisions; at the oars, the impresario Antonio Moretti, nicknamed Modotto, a former gondola skipper working for Orsatto; at the back a small angel representing Vivaldi with his violin, wearing a priest’s hat and marking the rhythm to give the pace…

Tableau 8 : A. Vivaldi – Symphonie du pasticcio Bajazet [Il Tamerlano], 1735.
The context recalls one of Antonio’s stays among Roman high society.
Pope Benedict XIII, curious to hear the works of the maestro, received Vivaldi kindly.
The pope apparently paid little attention to the dubious reputation that this singular priest carried behind him.
£We also owe to a Roman stay, dated 1723, the only portrait of Antonio Vivaldi considered authentic, because drawn on the spot, by the painter and caricaturist Pier Leone Ghezzi known for his drawings of Pulcinella.

Tableau 9 : A. Vivaldi – Symphonie en do majeur de Dorilla in Tempe, 1726.
The premiere of the opera Dorilla in Tempe took place at the Sant’Angelo theater on December 9, 1726.
Anna Giró, a former pupil of Vivaldi, obtained the role of Eudamia.
From then on, the one who is nicknamed Annina del Prete Rosso, “the little Anne of the red priest” in Italian, will hold an important place in both the private and professional life of Vivaldi; this relationship will be subject to many rumors…

Tableau 10 : A. Vivaldi – Dramma per musica, La Griselda, 1735.
Carlo Goldoni meets Anna Giró, or Anne Giraud, at Vivaldi.
Goldoni mentions the young lady in her memoirs: “She didn’t have a beautiful voice, she wasn’t a great musician, but she was pretty and comely; she played well (a rare thing for the time) and had protectors: nothing more is needed to deserve the role of prima donna”.
Vivaldi enlists Goldoni’s help in adapting the Griselda role for Anna Girò.
The mezzo-soprano has, in fact, agreed to sing for other composers, such as Hasse or Galuppi, and Vivaldi feels that we must try to flatter her to win her back to those around her.

Tableau 11 : A. Vivaldi – Double concerto en ré mineur pour viole d’amour et luth, 1740. Venise, printemps 1740.
Vivaldi lives his last weeks in Venice.
In March, a great concert is given at the Pietà in honor of the prince-elector of Saxony Frederick-Christian; several compositions by Vivaldi are played there, in particular the admirable concerto for lute and viola d’amore.
A few weeks later, after selling a batch of concertos to the Pietà, Vivaldi left Venice, never to return.

Tableau 12 : A. Vivaldi – Double Concerto en ré mineur pour viole d’amour et luth, 1740.
Antonio Lucio Vivaldi died in Vienna on July 28, 1741.
His name and his work disappeared in the abyss of time and his manuscripts were scattered in numerous European collections and libraries.
Vivaldi will be forgotten for nearly two centuries.

Tableau 13 : Max Richter, Spring 1 – recomposition de A. Vivaldi, Les Quatre Saisons (1723).
In 2012, the composer of classical and contemporary electronic music Max Richter completely recomposed one of Vivaldi’s most famous works: The Four Seasons. A bewitching invitation to travel and the rediscovery of an almost 300-year-old work.

For more information on our choreographies , upcoming performances, discover some of our reviews or support the Igokat Company

we invite you to click on the links at the top of the page.