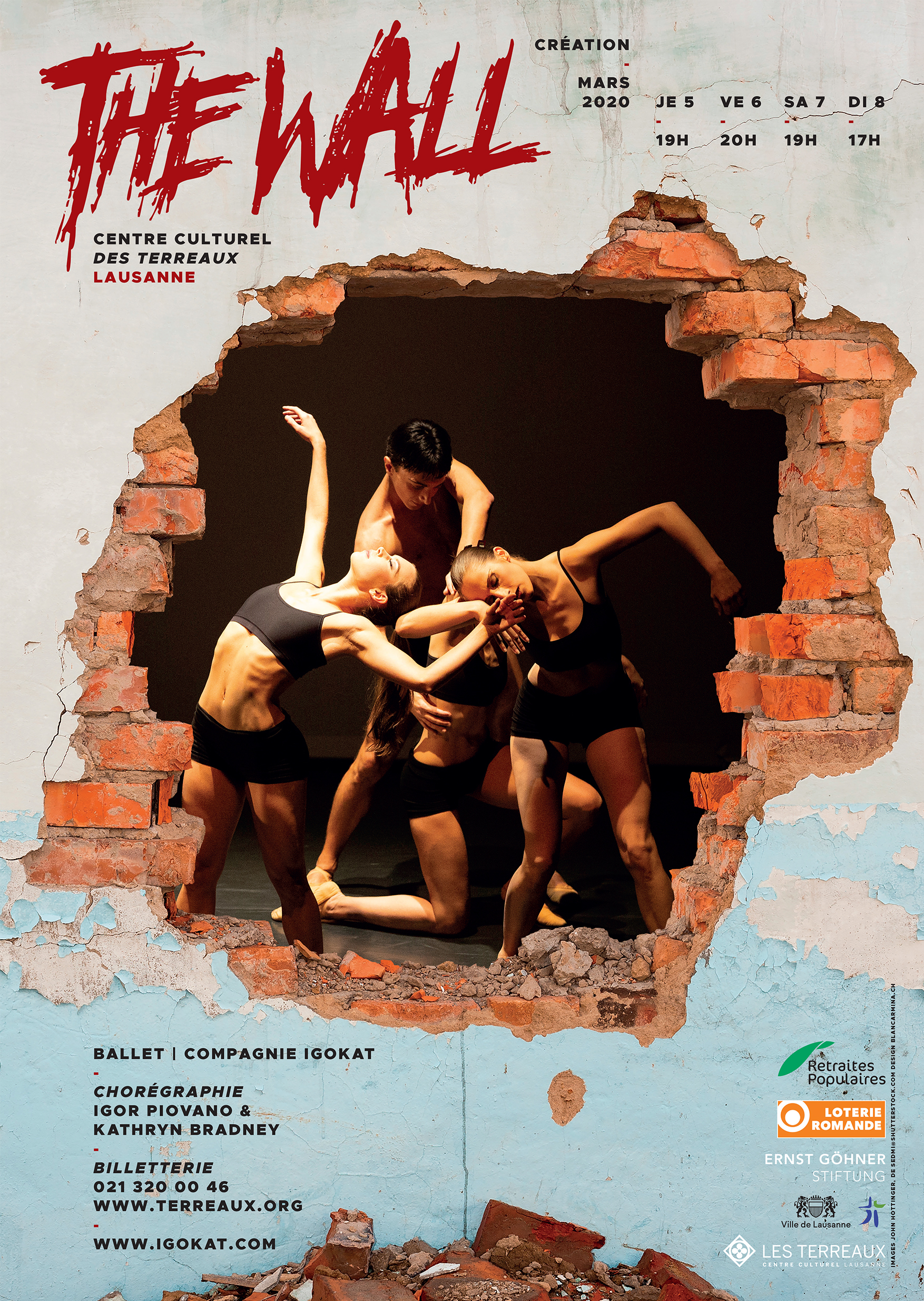 Why The Wall? (Igor Piovano)

When I started creating this show, I wanted to tell you about the walls that separate us and that we build every

day around us to protect us from our society and the atrocities that… we hear on the news every day.

Why do we build walls?
One day, a long time ago, I was listening to music…
“Cello ascends”,
created on the Great Wall of China by the Piano Guys.
Modern walls followed, including… that of Berlin! !

I had never explored this universe like that.
What sadness, what a fight… and more.
After hearing the stories of hundreds of people, I chose SIX.
Their stories intertwined in my head and… voila. In today’s society we often say that building walls is ridiculous.

But we must defend or fight the right to be stupid?

HANS-JOACHIM LAZAI “Giuliano Cardone”
Wall policeman and blaster
On August 13, 1961, the life and work of Joachim Lazai, a West Berlin policeman from the Wedding intervention group, changed dramatically.
That day, when he was not on duty, he was on duty at the corner of Bernauer Strasse and Schwedter Strasse.
He can see how the barbed wire is unrolled and the cobblestones torn up.

The unannounced action, the complaints and the tears of the witnesses mark the memory of the policeman.

He and a few co-workers want to show their grumbling to everyone.
They seek to establish contacts with students from the Free University of Berlin, grouped around Detlef Girrmann; these students help with leaks and are informed of the plan to blow up the Wall, a symbol of injustice.

ROSEMARIE PLATZ “Julie Lamby”
A meeting with important consequences
A meeting at the Friedrichstrasse S-Bahn station and a trip through West Berlin bring about a radical change in the life of Rosemarie Platz.
It doesn’t take long for Charlie, a young medical student to win the heart of this psychotherapist from East Berlin.
They share several months of happiness until the construction of the Wall puts an abrupt end to this idyll, now separating the couple.

The first attempt to pass the fortifications through the Sophienfriedhof cemetery in Bernauer Strasse very quickly turns out to be too dangerous: guards patrol the entire area, some people are arrested.

The tenants of the building decide, at the risk of being discovered and condemned, to help her and bring her into an empty apartment.
Then they lock the door behind her.
Rosemarie Platz does not expect help from West German firefighters.
She runs to the window and jumps from the first floor into Bernauer Strasse to the west.

She is very tense but safe and sound when in the evening she surprises her friend who had waited for her for many hours in vain at the Checkpoint where they had an appointment.
Charlie had gone home disappointed then.
These appointments were no longer necessary.
A new life could begin.

DORIT SCHMIEL “Mina Schürer”
When the Berlin Wall was erected and cut off all contact with West Berlin, she was twenty years old.
She and her friends have never adhered to the ideals advocated by the East German authorities, and are worried about their future.

One of her cousins ​​having recently managed to cross the Wall and settle in the West, Dorit, her boyfriend, and three of their friends decide to do the same.
After midnight, on the night of February 18 to 19, 1962, foggy and overcast, the five young people approached the border by crossing the Pankow cemetery in the Rosenthal district.

There is not yet a concrete wall at this date, but several successive fences.
They break through the first, and crawl through the snow to the next.
Three guards see them, and open fire, hitting Dorit and one of her friends.

SIEGFRIED KRUG “Pasquale Alberico”
Displaced by the Second World War, the Krug family settled in Erfurt. At the end of the war, the city was in the Soviet sector of Germany, which in 1949 became the German Democratic Republic (GDR).
At the end of his schooling, Siegfried Krug became an electrician.

He confides in his fiancée and his sister that he could be away for a while.
He spent one night at the hotel, then, the next evening, took the S-Bahn and got off at Friedrichstraße station, the border crossing between West Berlin and East Berlin.
He crosses the border legally, and heads for the Brandenburg Gate.

Being a few meters from the Wall, on the east side, it is in the forbidden zone.
He passes on foot under the barrier that marks the limit of the forbidden zone, and walks steadily towards the monument, crossing the totally deserted Pariser Platz.
He carries in his hand a briefcase containing in particular 1,100 West German Deutschemarks in large denominations.
He approaches a guard “as if what he’s doing is the most natural thing in the world.”
The first guard shoots in the air several times.
Krug stops, turns, and walks directly towards him.
The guard orders him to stop or go to the border command post.
Krug ignores him and walks straight at him without a word.

The guard points his gun, hesitates, then fires when Krug is about to hit him.
The reasons for this action remain unknown.

ANGELIKA SCHRÖTER “Pauline Schopfer”
We no longer felt free Angelika Schröter is part of the GDR’s hippie movement.
She wears a green parka, bell bottom jeans and hitchhikes to blues concerts.
The lack of conformity of the hippies displeases the GDR regime because it does not correspond to the socialist ideal.
The Stasi calls her negative decadent.

She finally decides to ask for the right to emigrate.

From now on Angelika Schröter is placed under observation by the Stasi.
She loses her job and is summoned several times by the City Council of Weimar.
A year and a half later, on March 29, 1984, she received a summons with her husband for the following day at the office of internal affairs: there they learned that they would have to take the 10 o’clock train to East Berlin and migrate through the passage from Friedrichstraße.

Exhausted, they arrive by train in East Berlin.

DAGMAR BÖTTCHER “ Philia Hery”
Emigration at 14
In 1984, Dagmar’s parents submitted an emigration request to the borough council, which immediately triggered the state machinery of repression and constraint.
Dagmar’s parents are first deprived of identity papers.
They get a PM 12 substitution card which limits their freedom of movement in the country.

Some time later, Dagmar’s father-in-law was arrested for “suspicion of an attempted escape from the Republic”. Dagmar’s mother is fired because her emigration request makes her undesirable in the company.

As in the GDR there is no unemployment and therefore no allowances, Dagmar and his mother find themselves without resources and then take refuge with the grandparents to live on their retirement.

In May 1985, her mother did not return from a visit by her husband to Naumburg prison.
It is only 6 weeks later that Dagmar learns that his mother has been arrested.
On December 12, 1985, Dagmar Böttcher took the train from Halle to East Berlin, accompanied by Stasi agents.

She must find her mother whom she has not seen since their separation following her imprisonment in the GDR.

For more information on our choreographies , upcoming performances, discover some of our reviews or support the Igokat Company

we invite you to click on the links at the top of the page.